Master Your Wand of Light

“Lingam” is an empowering Tantra term for a man’s sex organ! It comes from Sanskrit and is best translated as the “Wand of Light and Power”. This wand is magical because it is a conduit that receives, stores and generates the power that creates life! Therefore it is a manifestor with the power to create, not only new life, but a brainchild as well.

It is adjoined with a massive network of circuits called ‘Nadis’ which connect every organ throughout your body! Nadis correspond to the nerves and subtle energy channels which flow along your spine and out the top of your head through a circuit of centers; known as Chakras.

Chakras are aligned along your spine and each corresponds with all your major organs and endocrine system. There are seven major chakras from your base, to your “magic wand”, up to your solar plexus, then your heart, your throat, your third eye, and ultimately the crown chakra at the top of your head.

Your Lingam becomes an empowered Wand of Light when is engorged with creative life forces. Aroused it can illuminate others with pleasure. Glowing with this radiance for extended periods of time, it becomes super-charged and able to generate profound Pleasure along with magnetic energies that enhance whatever you focus on.

Meditating on pleasure is a quick way to ease stress, helping you relax more deeply, even while feeling highly aroused! Here lies a key to achieving whole body orgasms which stream inward rather than out. In this way your energy flows like a fountain of rejuvenating life-forces throughout your entire body.

See for yourself by cultivating arousal without releasing the seed. Instead intentionally channel it toward a desired outcome, as this helps develop your powers to create. You can learn to draw sexual energy in and reinvest it in yourself, to rejuvenate and attract whatever you desire.

As you do this practice notice the creative power and energy you feel during and in the afterglow. I call this process “In-Coming” and it can be mastered by any man who wants to realize his full potential and willing to replace the urge for immediate gratification with an openness to deliver a deep degree of pleasure and satisfaction to his partner. This can best be achieved when the goal to climax is replaced by the desire to discover a far more fulfilling emotionally experience for both partners! Thus increasing a woman’s ability to experience orgasms through intercourse more reliably and with more connection.

The energy of arousal is like a perpetual river that can potentially with practice, flow from your tip of your Lingam, to the top of your head. Infusing your intentions in this power! As long as you can remain in a state of relaxed arousal, this energy will feed and revitalize you.

So it is indeed good to think with your “small head” when it’s connected and channeling creative energy through all your Chakras. It fills your entire body up to your head with creative energy! Much wisdom can be accessed by connecting this circuit and unleashing the power it holds.

Tantra aligns all your Chakras in healing waves of pleasure that fill you with exhilarating energy. This can leave you feeling better in the afterglow than when you started!

When your intention is to raise your sexual energy and channel it towards positive desires, it rewards you (and your partner, when practicing together) with pleasure-filled, pulsing vitality. This quality of energy invokes profound orgasms that often spark big aha’s moving people to tears and laughter by its awesomeness. This is truly making love magical!

Orgasms of this magnitude, when directed consciously are healing and joyful to themselves and their partners. When men learn to reabsorb their seed, orgasm becomes longer and more engaging with many peaks and valleys!

Every cell of your being can be bathed in this bliss which will renew you, strengthen your immune system and accelerate the healing process! This will keep you young and vital. When you understand your creative essence from this standpoint you become a magician whose wand is your divine source of power.

Rather than just holding back or simply delaying an ejaculation; In-Coming reinvests your creative life forces back inward where you are recharged by this activated essence!

Avoiding ejaculation without transmuting the energy can often lead to a heavy feeling referred to as “blue balls” which can can cause discomfort and frustration. Eventually leading to a less interested lingam, which can atrophy and even possibly contribute to disease and dysfunctions due to denial which leads to stagnation.

This is not that, but rather a productive way to give and receive the most joy and pleasure by prolonging sexual union…

To be continued:
Part two: The Power of Sexual Transmutation 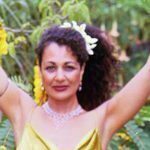